Posted on August 4, 2015 by latherrecords

Harvester released a 10-song cassette in 1994 called Granite…What?  It led to their signing to DGC and most of its songs were rerecorded for Me Climb Mountain.  It featured Joel Valder on drums and was recorded by Darin Keatley at Enharmonik Studios in Sacramento.

Naturally, DGC expected the songs to sound bigger when the band rerecorded them for Me Climb Mountain.  Said album was a mixed bag in the sonics department.  Some songs sounded great, while others sounded bigger than Harvester ever actually sounded live.  Granite…What? retained a fairly accurate, mid-fi jangle and swing that best characterized the band.  It was also a good length.  The band stacked their DGC album to be a bit on the long side, which was not uncommon in the compact disc age.  Magpie Weekly reviewed Granite…, saying “Harvester has quietly defined themselves with a litany of personal musing that bear witness to the coniferous imagery of their collective minds.”

With the 100 copies of the cassette long gone 21 years ago, Harvester thought it would be nice to make it available on CD and download.  It works as a nice bookend to the recent release of the new album, Mt. Tallac.  You can pick up the CD at Harvester’s Aug. 23 show at Harlows in Sacramento or order the CD or download here: 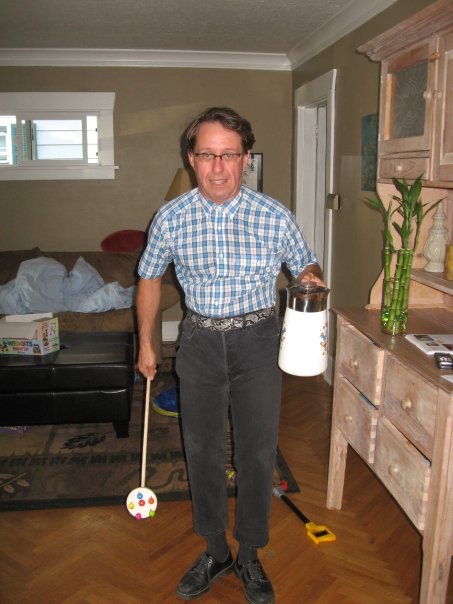 Mr. Harrasser would like to offer you some hot tea with that.

A CoOp label for myself and my friends.
View all posts by latherrecords →
This entry was posted in Uncategorized and tagged granite...what?, harvester, lather records, me climb mountain. Bookmark the permalink.